To make a reservation online, please visit the link below. 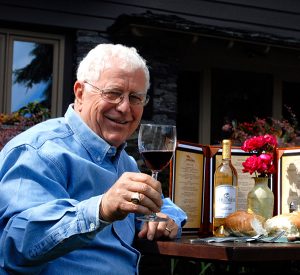 The Manor House Estate was the elegant home of J. Luther Snyder, the most famous of Chetola's owners. Snyder purchased Chetola Estate in 1926. Also known as "the Coca Cola King of the Carolinas," Snyder's wife held frequent celebrations and parties that were the talk of Blowing Rock in the 1930s and 1940s.

Bob Timberlake, who is known for creating things of exceptional artistry and imagination, used his deeply rooted love of food as the impetus behind the distinctive menu. From savory shrimp and salads of mountain-grown spinach, to pan-seared duck and roasted Carolina quail, each dish will be one worth savoring. Mouth-watering Angus bistro filets, seafood, poultry, vegetarian options and housemade desserts will also tempt palates of all tastes.